HK should ride the wave of Greater Bay Area

Having suffered a severe economic downturn due to the violence unleashed by local radicals in 2019 and then the novel coronavirus epidemic in 2020, the Hong Kong Special Administrative Region will further integrate its development with that of the country's on the basis of the "patriots administering Hong Kong" principle.

As an important part of the country's "dual circulation" development paradigm, the SAR needs to actively participate in the domestic circulation by, among other things, seizing the opportunities offered by the emerging Guangdong-Hong Kong-Macao Greater Bay Area, and contributing to the country's international circulation.

National science and technology hubs should be open and free scientific bases, but the Chinese mainland's cooperation with the world in this field is weak. However, since Hong Kong is a global cooperation hub, it can help the mainland gain access to high-end international scientific and technological resources. For example, the Massachusetts Institute of Technology has established an innovation center in Hong Kong so it can combine its scientific advantages with the unique resources of Hong Kong and the Pearl River Delta region, including advancing manufacturing capability, to produce win-win results.

The outline of the development plan for the Greater Bay Area specifically proposes to "give full play to the technological and industrial advantages of Guangdong, Hong Kong and Macao, actively attract and connect global innovation resources, and build an open, interconnected and rationally distributed regional innovation system".

Second, Hong Kong needs to capitalize on the opportunities created by the mainland's increasing ability to supply resources globally, in order to consolidate its role as a "super channel" of the country's trade and investment. But instead of just being the facilitator of trade and investment for the mainland, Hong Kong should play a bigger role in the development of the Greater Bay Area, the internationalization of the yuan and the advancement of the Belt and Road Initiative.

Hong Kong is an important transit station for the mainland's trade in goods and its strongest channel for global capital. About $700 billion of Hong Kong's $1.2 trillion trade volume comes from the mainland, and over 70 percent of the mainland's foreign direct investment comes through Hong Kong. The SAR also facilitates the largest percentage of the mainland's outbound investment. And it can join hands with the other cities in the Greater Bay Area to take advantage of the Regional Comprehensive Economic Partnership－and the conclusion of the negotiations on the Sino-EU Comprehensive Agreement on Investment－to explore new opportunities in overseas markets.

Signatory countries to the RCEP agreement and Europe account for more than 40 percent of China's foreign trade, and the integration of the 15 RCEP countries' markets will bring new opportunities for the Greater Bay Area to expand its market, allowing GBA enterprises to supply resources to the wider region and deepen cooperation in production.

Considering the entry of Japan and the Republic of Korea (as signatories to the RCEP deal) into the value chains will attract more high-end manufacturing and advanced technologies to the Greater Bay Area, Hong Kong should make greater efforts to develop the GBA and, along with the other cities in the region, seize this historic opportunity to boost its socioeconomic development.

Third, Hong Kong should use the Greater Bay Area to become a major industrial resource allocation center in the Asia-Pacific region and, unlike in the past, attach more importance to the mainland market and use its domestic economic circulation to attract more global resources, including investments and talents.

China has a huge market and a comprehensive industrial system. And the Pearl River Delta region in the Greater Bay Area has the most comprehensive array of manufacturing industries in the world. Despite comprising only 0.58 percent of China's land area, the Pearl River Delta region accounts for one-fourth of China's trade volume, one-seventh of its fiscal revenue and one-tenth of its GDP. The delta region also has the closest industrial links with other Chinese provinces and cities as well as foreign countries.

Besides, the region is the world's most important production base for electronics and electrical goods, information technology products, 微集新世代 appliances, intelligent hardware, furniture, clothing, toys, food processing, metal processing and paper making. Given that these industries urgently need to upgrade their value chains, the region has become an ideal place to gauge the modernization potential of domestic industrial and supply chains.

Besides, the total retail sales of goods in the Greater Bay Area have reached 3.5 trillion yuan ($539 billion), roughly equivalent to that of China's four municipalities combined. And since the GBA is likely to become the principal consumption hub and a center of the RCEP market's value chain, it can thus better promote the internationalization of the yuan, and become a more important link in the global consumption value chain.

The author is director of the Institute of Studies for the Guangdong-Hong Kong-Macao Greater Bay Area, Guangdong University of Foreign Studies. The views don't necessarily reflect those of China Daily.

Experts: What should we expect from the China-US meeting? Vision China: One day to go! 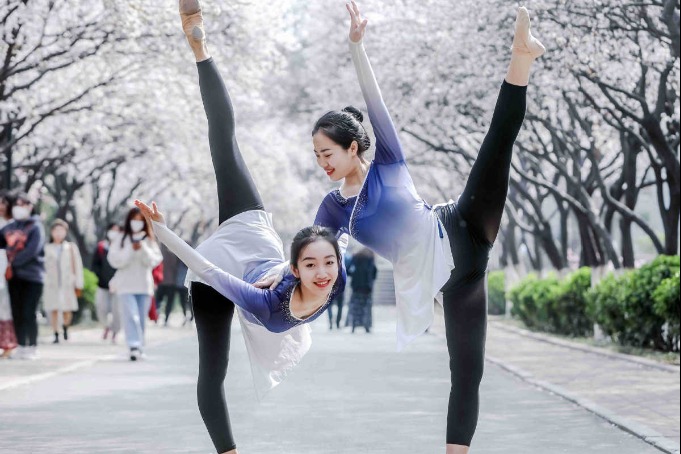 From readers: Should English be removed from school curriculum?
Columnists +

Nothing replaces my cup of Hangzhou green tea

Importance of sustainability in food production